A downloadable game for Windows

BE WARNED: This is no real learning software. If you want a professional guide to the japanese language, look somewhere else.
Instead, this is a journey. Most of all, a journey of imagination. And that imagination COULD lead to learning a lot of stuff.

A WORLD OF MONSTERS:

MONSTERS OF KANJI is a simple oldschool RPG. It is filled to the brim with secrets and collectables. Most of them come in the form of Japanese kanji or vocabulary. For those interested in the language this serves as a great way to review their knowledge. For everyone else these collectables unlock alternate color skins for the main characters. But never are any of them mandatory to complete the game. MONSTERS OF KANJI is meant to be played by Japanese enthusiasts as well as any JRPG-fan who doesn't have a clue what "sugoi" means.

For a long time MARTY and his two friends KET and TOBI have lived a happy life at the COZY CLIFFS. But one day, a monster appears in the nearby forest. And soon after, MARTY's friends are suddenly gone.

The boy has to leave his cozy home to go out into the world where he will meet interesting characters, dangerous monsters and an enemy that will turn everything MARTY knows about himself upside down. 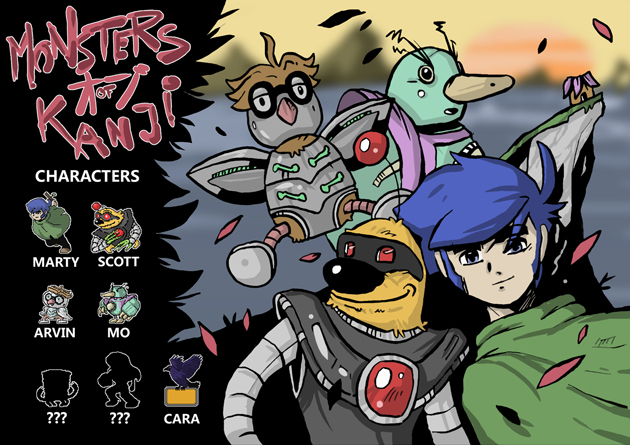 - 20+ hours of oldschool RPG gameplay
- 1 huge world map with over 100 locations
- 6 characters to level up
- over 15 dangerous bosses
- 112  MONSTERS OF KANJI
- over 80 hidden MEMORY DISCS that tell the story of the strange world MARTY lives in
- 37 more or less unique sidequests
- CARA the crow helps you learn another 100 kanji with her signs
- 1900 words to collect and memorize
- the ANCIENT ARCHIVE provides a chance to review every monster, kanji and word that you have discovered

YOU CAN ALSO CHECK OUT A DEMO OF THE GAME FOR FREE!

In order to download this game you must purchase it at or above the minimum price of $5.99 USD. You will get access to the following files:

Few issues:
- The game has a slight chance to crash whenever a fight or a screen transition happens. Was somewhat rare, but must still have happened more than 6 times total.
- Dialogues and overworld movement is very slow. The name of the location popping up every time really slows you down, and there really should have been a way to move more than 1 tile at a time in the ancient archive/cara's archive.
- The meaning of stats really need an explanation. You take some time figuring out that "wits" is "special (non-physical) offence", and "smarts" is "special defence". Went through the whole game and I still don't know what "luck" does, exactly. Is it affecting drops? dodge/hit chances? or is that one affected by speed?
- There also seemed to be elements?? Poison, ice, fire and lazer?? And two types of physical, blunt and slice? Enemies seemed to have various affinities to those, but it's never really clarified...
- The fox appears every time you sleep, was that intentional? It really feels like it was supposed to happen the very first time you visit a campfire and that's it, but it always happens, making every stop at a campfire a good 15 seconds...
- Cara is pretty obviously a last-minute addition.
- No way to tell which skill you already have other than checking every CD manually. This is probably a bug? Considering how some signs had duplicate skills attached (some even in the same door number), I'm guessing the skills are randomly assigned? Maybe something went wrong and the part that was supposed to indicate which skill we have got messed up...
- Some skills are USELESS! What's the point of cara-adrenaline and cara-riot if sleep and silence don't carry outside of fights?? There's not even a reward for getting every skill.
- What's the point of showing cara's sign in combat if it doesn't also remind you its meaning?
- There's way too little incentive to use other party members. The party changing mole takes *so* long to pop out, and members not in your "active" party don't get any XP, so if you switch, they'll be behind... You only use them to rush to a point that requires their field skill, and that's it...
- Same issue with pills. I refused to use them until the very end of the game because of the fear that they would be wasted on a character I'd end up benching for the rest of the game. Even then, I notice that you can't buy speed pills. Also, why can't xp pills also give xp to benched members??

Music's dope. The music player's a nice touch, too, but I have a feeling that not all the musics are in there? There's definitely a slowed-down version of "Truth Tango" that is in some fights that wasn't included.

Heyhey! It's been a while since you wrote this, but I still wanted to reply, because whenever someone takes the time to give that much in-detail feedback about my game it makes me SO happy :D There's only barely a playerbase to speak of, so everytime I realize someone spent that much time with Monsters of Kanji I get all excited. So: THANK YOU!

Don't wanna get into your feedback too much, because that can be a bit weird, being the developer.  Still, a couple of things: The fox-thing is actually intentional. I really wanted the player to be reminded of Marty's goal. But I, too, found myself getting angry at how long the sequence takes (And I playtested this thing for like 1000 hours XD). The camping-scene would have been a perfect opportunity for a skip-option, I'd say. Other than that I have to agree with all of the issues you had. And since you already guessed as much: Cara WAS added last minute, and her "skills" were a desperate way of making her relevant for the gameplay XD The sign she's holding on the other hand: Not having the kanji meaning next to it is by design. I wanted Cara to work different in terms of how she "confronts" the player with various kanji.  But with many things in this game: Sometimes it works, other times not so much :) Monsters of Kanji being my first "real" game, I could not contain all of the ideas I wanted to implement. Now I know that a bit less of everything could have made for a way smoother experience. And I'm pretty sure someday I will get back to this and streamline the whole game.

For now, though, I'm working on Monsters of Kanji 2, using the experience I got as well as quality-feedback like yours to create a conclusion to Marty's story. And while progress is a bit slow at the moment, I will take all of your points to heart. Like field skills: They won't require switching characters anymore and instead are permanently added to Marty's spacesuit instead. Stats will be explained properly and there's some kind of hub area where you can read various tutorials as often as you like to. There's a also a visualization of enemie's weaknesses in battle...and much more.

Really glad you had fun with the game despite some of its edges. And again: Thank you for taking the time to share your feelings about it! :) :)

I haven't downloaded this game yet (kinda overwhelmed with how much stuff there is!) but I really like the character art, it looks really cool.

Yeah, haven't even gone through the whole list myself :D thanks for the comment. Really nice to hear :)

Man, the monster designs in this game are sick! :0 Reminds me of the MOTHER series!

THANK YOU! :) :) :) Makes me so happy! I have played those games countless times. Mother 3 might be one of my favourite games ever and it certainly influenced me a lot. Most of MONSTERS OF KANJI is looking all sweet and light hearted. Until it eventually doesn't anymore... There's a lot about confronting fears and dealing with loss in here. Only most people don't know about that because it takes so long to get to that point :) Thanks again for making my day! :)

Gosh I'm even more excited about this now!

I hope this becomes available on Mac/OS! I'd love to play this and support you! 😊

Thank you! I know...Mac/OS is something I would love to do, but you'd actually need one to make a proper build. If this ever happens, I'll let you know for sure! Thanks for showing interest anyway :) :)

You don't actually need to own a Mac to build for a Mac! If you only need to use a Mac for incredibly short bursts, you can use a cloud service like MacinCloud, which have development tools preinstalled and configured for just this purpose.

Uuuhhh. That sounds exciting. I'll look into that. Thanks!! 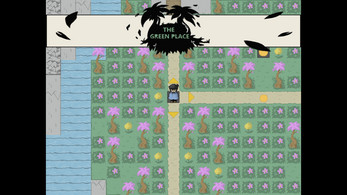 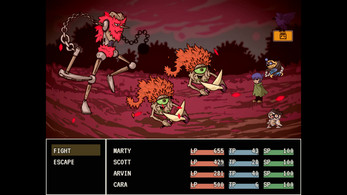 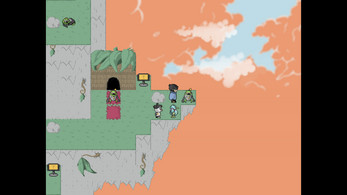 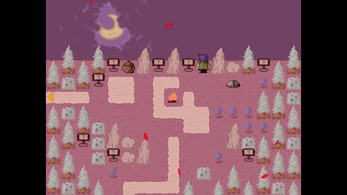 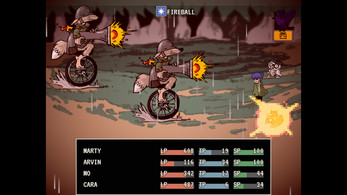